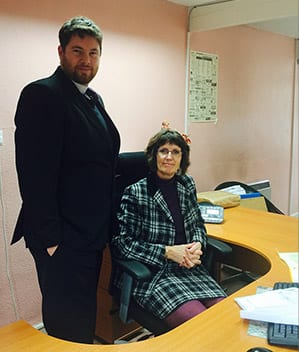 We are a family based business begun by John Donald Jones in 1974 on returning from Zimbabwe (South Africa) with a family of six children.  Don Jones was born at Carregwen Farm, Bwlchygroes, Cardigan in 1925 and emigrated to South Africa with his new wife, Audrey June Jones, in 1957 where he had a school teaching position.  In later years having realised that the cost of raising a large family on a teachers salary was going to be difficult he took articles and became a Chartered Accountant and returned to Wales in1972 where various work opportunities lead to the beginning of the business in Fishguard (Abergwaun in Welsh).

The business developed over the years from one office at 71 High Street, Fishguard to four offices in the early 1980’s and now back to two offices the original and one other in Crymych: from sole trader to partnership from no employees to three full time employees and one consultant. The practice is now run by Bronwen Jones, the eldest of six children that returned from South Africa with Mr and Mrs Jones, who began working in the business straight from finishing training as a Personal Assistant and has since completed the Association of Accountants Technicians courses to become a Member of the AAT.